APEEE and the Brussels Schools

Members of the APEEE represent EEBI parents within the boards and committees of the European Schools of Brussels at the:

In 2006, the Board of Governors established the Central Enrolment Authority (CEA) for the Brussels European Schools. This body is charged with the creation and implementation of the annual enrolment policy for the European Schools of Brussels and with the consideration of particular cases. The Central Enrolment Authority is composed of: the directors, parents' representatives from each school, representatives of the European Commission and Belgian Government and the Secretary General and colleagues of the Enrolment Unit. The Staff Committees and Future Parents are invited as observers. The CEA meets 8-10 times each year.

The EEBI APEEE sends two delegates, one from EEBI as a whole and one from Berkendael. The current delegates are: Kathryn MÁTHÉ (EEBI); Henning EHRENSTEIN (Berkendael).

The CEA is not minuted.

See also: Enrolments in the European Schools on the eursc.eu site.

The Steering Group of the Brussels European Schools, better known as the Groupe de Suivi (GdS), is organised by the Secretary General as a strategic discussion between the stakeholders in the European Schools in Brussels. It has traditionally brought together the directors, teachers' and parents’ representatives from each school, and representatives from the European Commission and the Belgian Government. The Staff Committees, AdP, and student committees have recently joined as well. The Groupe de Suivi meets 4-6 times each year depending on the issues arising. The discussion generally revolves around school capacity and physical infrastructure, overcrowding and long-term planning, analysis of population trends, distribution of sections across the city and logistics.

The APEEE President and a Berkendael delegate both attend the Groupe de Suivi. The current delegates are: Kathryn MÁTHÉ (President) and Gundars OSTROVSKIS (Berkendael).

The Groupe de Suivi is minuted and final copies may be obtained on demand through the APEEE secretariat: info@uccleparents.org 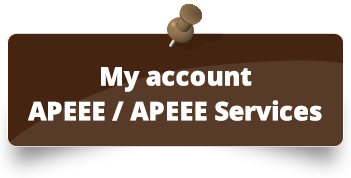 Due to COVID-19 restrictions, APEEE staff currently work remotely. We cannot be reached by phone but are available by e-mail. Thank you for your understanding.